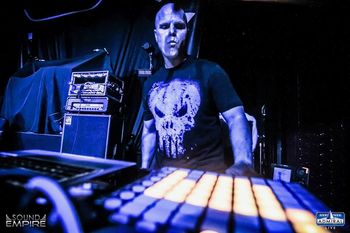 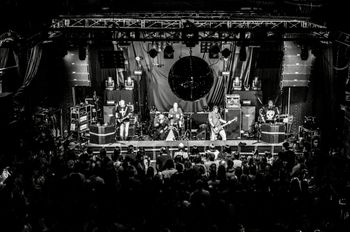 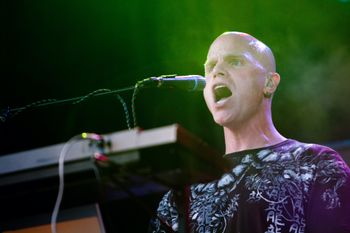 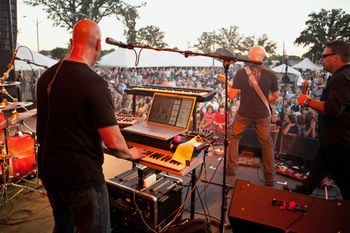 A 5th generation musician who has a love for all styles of music, but was really attracted to the synthesizer when he heard early recordings of Tangerine Dream, Kraftwerk, Yaz, Depeche Mode & Trevor Horn. Chris having played and recorded in Canada and the U.S., originally started out playing keyboards in his fathers band and then quickly got the bug to investigate the local scene. Local newspaper ad “Keyboard Player wanted for Top 40 band” caught his eye and shortly after, he filled this spot finding himself playing along side now local legends Gordie Johnson/Big Sugar & Robert Wilson/Kim Mitchell. Chris also had the opportunity to produce music for television spots (Windsor Casino/Caesars, Canadian Vistors Bureau/Tourism, etc), radio and independent film. Chris has been programming music for more more than half his lifetime and still has a great passion for programming, sound design, creating music and visual media.

2022-Latest release: That Somebody Is You (AM & PM Versions)

EXCITED ABOUT THIS ONE!

"I started to write a new song and as per usual not necessarily knowing exactly where it was going to go it started with one line and I instantly thought it was a song title and the chorus hook. Sometimes songs literally write themselves and sometimes they take some coaxing which means they can sit on your hard drive or note pad for years until they're baked long enough to come out into the  real world and even then sometimes they miss their mark. You know you always hope for the best but nobody has a crystal ball on how it's going to land once something is released. Heck let's look at that Kate Bush song that found new life recently. It's crazy how things go! Anyway I always felt that if a song moved me inside with some emotion, then something was there and somebody would feel that as well. I found myself listening to this song and although I felt it was close I kept feeling something was missing but over time I believe I found the missing part(s). So I finished this track and was submitting it into the machine that submits songs everywhere in the world so you can listen. Well, I stumbled upon a few samples in my library and I thought...Hmmmmm....I wonder if.....Well those samples took the same song I wrote and spun it on it's head! Tempo was slowed down a bit and OMG...I instantly feel in love with the emotion in this new variation of it...The vibe! Like goosebumps all over again! Just like the feeling I felt when I first started the original version. This second version of the same song kind of reminded me of going out to a club or a bar the night before and dancing to your favourite track and then waking up in the morning in the quiet with those songs reverberating still inside your head. Almost as if you dreamt the whole night. I'm excited because I don't think I've ever done anything like this before. That is releasing a song in 2 different forms. Kind of cool for me. Hopefully you'll feel the same or at the very least like one of the two.  Speaking of different. This album is made from my lyrics I wrote. It was done using A.I. < Yes, Artificial Intelligence. It's a one of a kind thing. This release is definitely something different all around.

One last thing...I am releasing both songs on Nov 1st. This was the day that my wife said yes to that BIG question. This song lyrically is all about how she makes me feel day to day."